There is no doubt that the coronavirus pandemic was an unprecedented shock. However, unlike the 2008 financial crisis, housing was a bystander as external forces disrupted the macro environment rather than a culprit in building up systemic, fundamental imbalances in the financial system. That is an important distinction when it comes to the question of both foreclosures and home prices. Would-be homebuyers who are waiting for a surge in foreclosures and for prices to plunge are likely to find themselves facing even higher prices next year. To add potential insult to injury, many forecasts suggest that homebuyers will be facing higher interest rates after the crisis as well

There are many reasons why it’s not “2008 all over again.” First, the economic impacts were largely concentrated in retail stores, bars, restaurants, and hotels, while workers in high-wage sectors were relatively insulated. This group of high-wage workers not only remained employed at a much higher rate, but they had a renewed passion for homeownership because of the nature of the crisis, increased flexibility due to remote working, and the lowest mortgage rates ever recorded. Housing demand, which typically outstrips supply in California, became even more ferocious and solid price growth before and during COVID-19 has created a market where 98.9% of homeowners in California have home equity.

However, the economy also had much better fundamentals coming into the crisis. This was a huge shock, but one happening to what was otherwise a relatively healthy economy. Homebuyers since the Great Recession have tended to have higher levels of income, above-average credit scores, and much larger downpayments. In addition, the amount of home equity that homeowners liquidated to spend on cars, boats, RVs, and vacations was a fraction of what it was back in 2006 even though prices are much higher than they were back then.

This all adds up to a much smaller amount of systemic risk than the was present in the economy in 2008. And better fundamentals have already kept California more resilient. Delinquencies peaked last year at 6.8% and have been falling for the past 4 quarters consecutively—far below the 2009 peak of 11.3%. In addition, the statistics from the federal forbearance program suggest several encouraging conclusions. Last year, nearly 8.5% of mortgages were in forbearance. Now, that number is just 3%. According to the exits, over 40% never missed any payments, missed some but already paid them all back, or have since paid their loan off in full. Another 40% have come to a resolution with their banks, who seem to be taking more of a “we’re all in this together” approach this time around.

Taking all of this into consideration, it suggests that the number of potential foreclosures in the 20,000-30,000 range on the high side. This pales to the 1.125 million foreclosures started between 2008 and 2010. Even if every delinquent loan went belly-up, at one time there were 350,000 delinquent loans in California, that’s still ¼ the number that were foreclosed on last time.

This isn’t to say that every homeowner will be able to stay in their home or that every investor will decide to remain in business. Some folks have faced serious financial distress, don’t have a lot of home equity, and will eventually foreclose. However, the number of folks this is likely to happen to is a fraction of what it was last time. As such, would-be homebuyers may not get the flood of inventory or the drop in prices that they’re waiting for. Depending on how long they decide to wait, they may only succeed in paying more for their homes at even higher rates of interest. 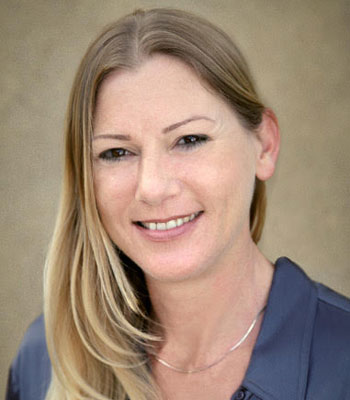 "Chantal went above and beyond throughout the entire process. I’m not sure how I could have managed it all without her."
- Seth
All Testimonials
What's Your Home Worth? Free CMA